The Scientific Academia to Industry Career Change: Survey and Analysis

I wanted to find out what it was like to work in scientific academia in the UK and then make the career move into industry, as this is what a lot of our job applicants have done or are currently considering. You may notice from my profile that I, however, have not done this career route myself so I spoke to people who have. I asked scientists CY Partners had helped into various pharmaceutical or Life Science companies for their insight and with their kind permission I am going to share the results here. They have lived it, and these are their views. My cohort spanned from fresh PhD graduate to 8 years PostDoctoral.

The reason I wanted to explore this topic is because scientists have expressed to us uncertainty over what transferable skills they have gained in academia and how to best promote these so scientific industry employers get excited and interested. As in, ‘what do they want?’ Also, scientists want to know what to expect when they join a commercial organisation. As in ‘What would work look like if I make this career change?’ 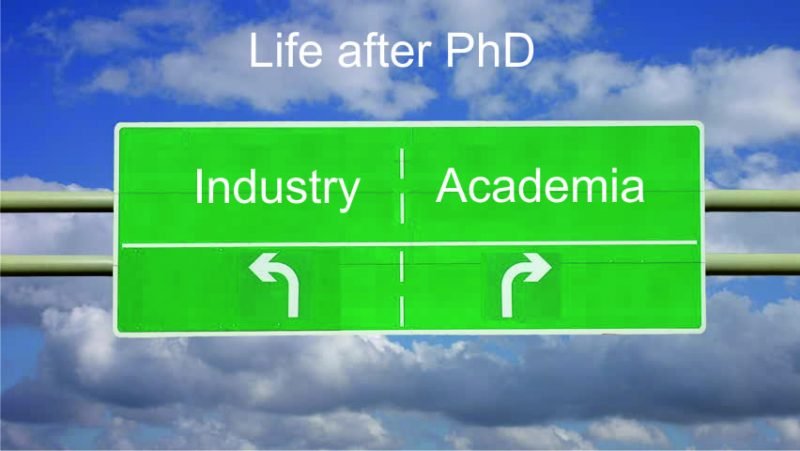 What are the Skills you gain from Academia?

The top skills cited were a) having a continuous learning / growth mindset and b) the ability to work in a team, although perhaps what is more interesting is what was not cited. Not one of the scientists asked expressed lab-based skills in their top transferable skills. This might be because it is seen as a given, that they would not have gotten selected for interview without the lab-based skills the role is requesting. So those skills are the minimum and anything else above will make you stand out to industry. Or it might be an indication of something heard anecdotally about academia lab skills: that everyone has a different way of doing things and in industry work must be compliant to stricter regulations (MHRA GLP/GMP guidelines for instance) and so there may be a quick period of up-skilling required to lose any non-compliant habits and do it the employer’s way. None of the scientists I approached had been in their industry role for more that a year so it would be interesting to see if their views changed over time.

The top skill expressed, a continuous learning/ growth mindset, will mean anything you bring can be built upon and your potential can be seen by the employer as almost limitless.  You are not only open to learning new insight, but you have a desire to embrace it. In fact, this is desirable if you do need to up-skill and learn regulatory approved procedures. Once learnt, it will also help with the continuous improvement aspects of a quality management system as well as problem-solving and refining a process. Somewhat of a paradox for individual employers to balance: learn, grow, and explore but do it our way within set parameters.

The ability to work in a team should not go unnoticed as well. Interestingly this skill came up on both sides of the academia/industry fence: some thought you have it already from academia and others added it as a skill still required, I quote Mark when asked if any skills were needed “The transition from solo working to team working is important [to address]”. It can be both, I do not want to oversimplify a topic that is complex and nuanced. Either way, Industry is made up of teams. It is one big team with smaller more focused teams within. One Scientist put it better than I can para-phrase it by saying “depending on the companies you work for you get exposure to all the different teams, so there’s the formulation/development which is similar to academia, but you also meet people from packaging, commercial, scale up teams which try to take your lab scale formulation and see if it’s feasible large scale, teams from different countries around the world where the product may be launched and also all the consumers, so they run consumer studies where you get a chance to talk to everyday consumers who share what they like/what they don’t which is critical. Staying in academia you may never get exposed to such experiences and now that I have moved away and experienced [this] I feel a lot better for making the jump, and there is always a chance to go back to academia later but having experiences from both sides would make it easier to choose.”

Other skills you will gain from academia are the ability to meet deadlines and project management. You must have engineered some kind of document keeping, scientific results traceability system for yourself which would be advantageous to the quality-led scientific industry.

But, how to promote your skills? Firstly, your CV for industry will look very different from staying in academia. Concise and Skills focused. Leading with the skills you have, rather than the project titles or article you’ve authored is something CY can attest works well. Include both the definitive lab skills you were using as well as the more amorphous skills mentioned above. You gave lectures to undergraduates; well what skills did that give you? Presentation, confidence, ability to transfer information to others in such a way that they learnt something, and it stuck maybe.

What to expect when you enter Industry?

I had lots of insight returned to this question. It is perhaps a great opportunity to reflect for those I surveyed. Within the results there were trends, a common theme being to manage expectations. “In industry work plans are more rigid and structured”. “Very deadline driven and move quickly”. “You do not always get to go where the science wants to take you, like in academia” was another comment. It is a mindset shift towards the commercialisation of science, was the over-arching theme.

One scientist I asked, Suleman, went on further to elaborate saying “I felt almost over-qualified in terms of skills coming from academia. One thing I would say is missing is knowledge of Industries inner workings, different types of industries, products made […] there is a lot more out there than just pharmaceuticals and vaccines.”

This implied missing knowledge between academia and industry was echoed in something Satish mentioned too: “In my case, all my academic research was related to basic research. So, there was hardly any aspect of research that delved into the process of manufacturability”.

One aspect relating to managing expectations was salaries, summarised here by Probier Chatterjee from CY partners who observed “In industry salaries may start lower but there is usually a path to progression, whereas in academia it appears salaries are initially higher but then may remain static or at least it’s more difficult for growth, based on the post-doc funding cycle system.”

Overall, the reflection on moving from Academia to Industry was a positive one by all scientists I surveyed. That may be an obvious statement to make as I haven’t questioned scientists remaining in academia who may be equally happy, nor do we as humans have the tendency to think ‘I should never have made this career move’, without then doing something about it, so I question if those scientists (if that opinion exists) would have responded. Deciding to make the move is not to be taken lightly, as Satish went on to say: “I feel it’s important to identify that point in your career where you know you have to make that switch. I tried to keep my head above water in academia, but at the same time never wanted to get caught in the endless cycle of short term contracted postdocs. When you find that there is no opportunity for career growth after 6-8 years of postdoc, then it’s prudent to consider a switch if you see a clear path for career growth.”

Asking great questions is one thing CY Partners are interested in, I mean we do it A LOT, and it is a skill everyone can use and improve....

Interviews, what to expect and how to succeed at them could be a book length article. In fact people have written books about this. I want...

It is You but on Virtual Paper: Current Guidance for Your CV

How do you compress your life, You, into 1 possibly 2 sides of an A4 electronic document? In a way that feels authentic, works for you and...